The world of vintage eyewear comes with a whole range of styles which were liked and inspired by a great many people over history. However, some styles have come and go with little fanfare while others have stuck around for decades. However, one of the most popular styles of glasses in the 19th and 20th Centuries was known as Pince Nez glasses. Hugely popular, they were a totally different style from what you might have expected to see today.

Pince-Nez glasses, then, varied from the typical kind of eyewear that we all wear today through one important distinction – they were held up without earpieces. Instead of having the ‘legs’ that we expect in glasses today, it instead held itself on via the bridge of the nose. In fact, this is where the name stems from; the name Pince-Nez is a mixture of the French word pincer and nez, meaning “to pinch” and “nose” respectively.

Despite being immensely popular in the 19th and 20th Centuries, though, the actual history and usage of the Pince-Nez glasses goes much further back in history. Indeed, they were used commonly across Europe as early as the 14th Century. Peak popularity arrived sometimes in the late 1800s and early 1900s, before they were slowly but surely replaced by the modern style of glasses that we are all more aware of today.

What made the Pince-Nez glasses so popular?

As one of the most popular forms of vintage eyewear when you look across history, Pince-Nez glasses were hugely popular for various reasons. They were very popular as they offered the next step-up in terms of style and design for retro glasses. Previously, glasses were even more minimal and lacked any kind of means of keeping them held to our faces. For that reason, many people would either suffer with poor eyesight or go through pairs of glasses due to dropping, smashing, and general loss. 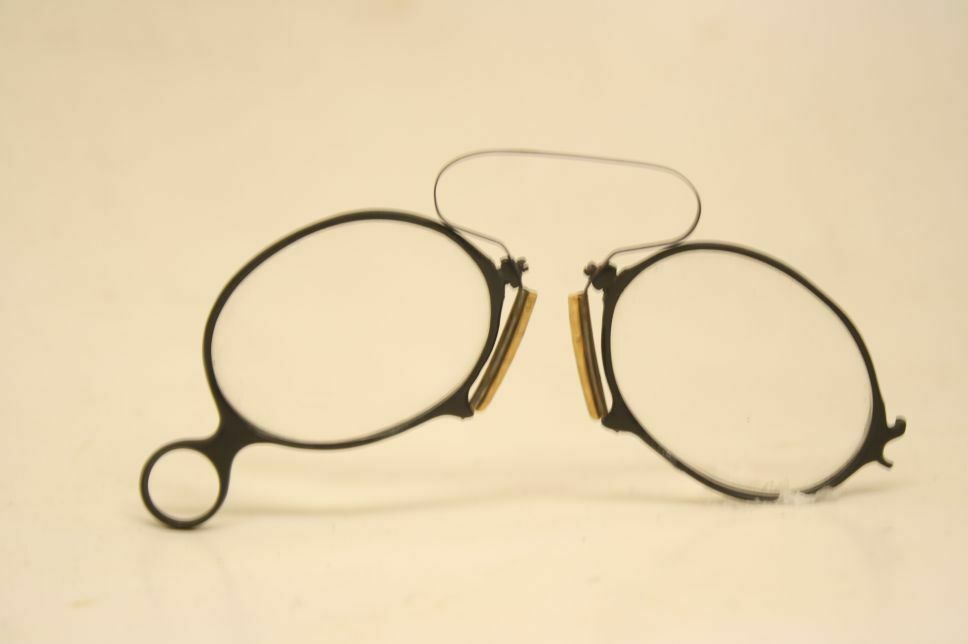 The Pince-Nez glasses, then, were so popular because they improved vision and were easy to wear then remove as needed. It’s a reason why they remained so popular for a long time to come, despite eventually being replaced by windsor glasses, steve jobs glasses and other forms of vintage glasses. However, it might be fair to say that the habit of even keeping legged glasses on a chain was inspired by the fact that, for years beforehand, people had kept their Pince-Nez glasses close by on a chain.

One common misconception is that both Pince-Nez glasses and Oxford glasses are one and the same thing. However, while similarities are obvious, there is a difference in some specific designs and uses. The style was supposed to have been created after a professor at Oxford University snapped the handle from their lorgnette glasses and used small nose pads to help keep them in place as opposed to fixing the lorgnettes.

Oxfords actually managed to outlast the Pince-Nez glasses in some areas of the world, especially in Europe and America. Indeed, they were still in pretty common usage as late as the 1930s. Compared to Pince-Nez glasses, which slowly began to run out of visible usage in the late 1800s and early 1900s, the Oxford glasses – though similar in many ways – were simply more long-lasting in some parts of the world. 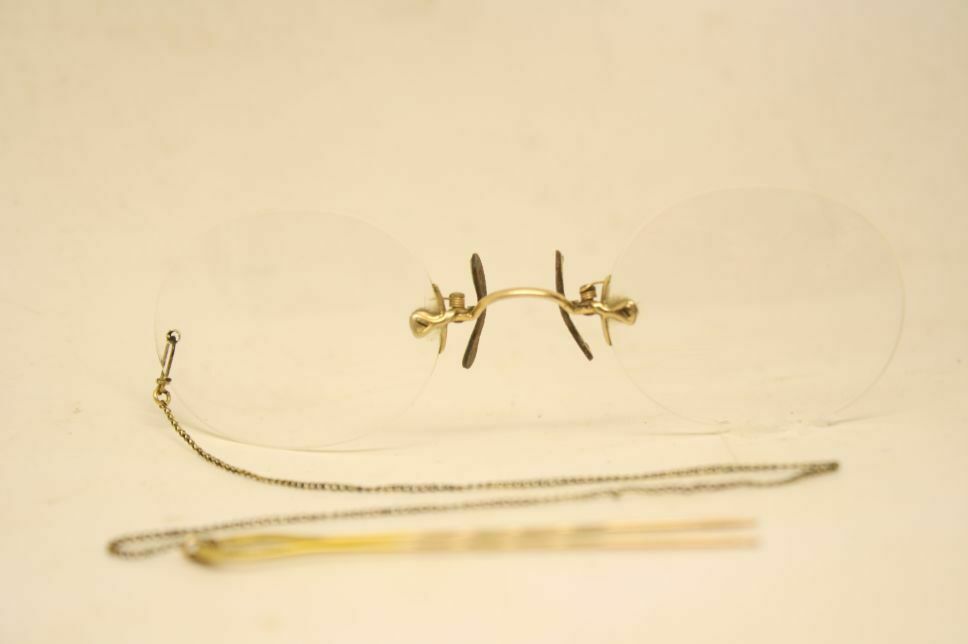 By using the same thinking of using the nose as the bridge, though, the Oxford glasses and typical Pince-Nez glasses shared a similar idea. Though different in many ways, these spectacles share a similarity in that they focused on the same part of the face – the nose – as the focal point.

The chain of Pince-Nez glasses

If you look at old photos of someone wearing such a style of glasses, you might often notice they are held onto the body with a little chain. This was used as a suspension chain to connect the glasses to someone’s clothing. This meant they were much harder to lose and much easier to attach and wear as needed. However, the main reason was actually from a major social stigma that resided around the wearing and usage of glasses.

They were typically removed and worn with the use of a chain, cord, or ribbon, so that the user could quickly wear the glasses on-demand. At the time, even as late as the 1900s, there was a real stigma around people who wore glasses all-day long. The constant wearing of glasses was treated with contempt, so many chose to have their Pince-Nez glasses available to stick on as and when needed.