When it comes to wearing vintage eyeglasses, we can find all manner of intriguing details about their history. Every shape and style of eyewear has, at one stage, been brought into fashion by someone. One of the most popular forms of glasses today are cat eye glasses – but when did these actually become a ‘thing’?
While designs tend to come and go in any industry, the fashion industry has a pretty peculiar history with eyewear. Glasses come in all shapes and sizes, and one of the most particular and stylish form of glasses comes from the cat eye styling. Cat eye glasses have gone through a resurgence as people focus on trying to find a vintage look that retains a very particular style. However, while other design styles might fade in and out of relevance, one thing you can say about cat eye glasses is they have stood the test of time. When, though, did such a particular style of glasses become a relevant ‘thing’? When did these particular shapes first come into being?

The beginning of cat eye glasses

The cat eye style was long one that was beloved by humans, with many classical cultures seeing cats as deity-like beings. The unique and particular shape of their eyes was often used as part of cultural designs and contexts, too. So, we’ve long known that humans have a fascination with the cat eye shape…so when did we decide to make it a shape for eyewear? Most believe that this first started up in the early 1930s.

The 1930s style of vintage cat eye glasses are hugely popular today as a commonly worn form of vintage eyewear. They were first born into being after Altina Schinasi found that there was visible lack of stylish options for females. She found that many of the styles of the day were bulky, lacking in style, and often were limited in how flattering they could be to the face. Having looked at other opticians, she made the decision to try and create a more flattering style of eyeglasses that could be worn in the future.

The aim, then, was simple: to come up with a design that was going to make sure that females could get some fetching glasses. Indeed, one of the biggest inspirations for cat eye glasses came from the masks worn by the women of Venice at the time. Looking for a frame that was more exaggerated and dramatic than the options currently on sale, Schinasi looked to create an image that was more stand-out than the very functional options which were on the market at the time. 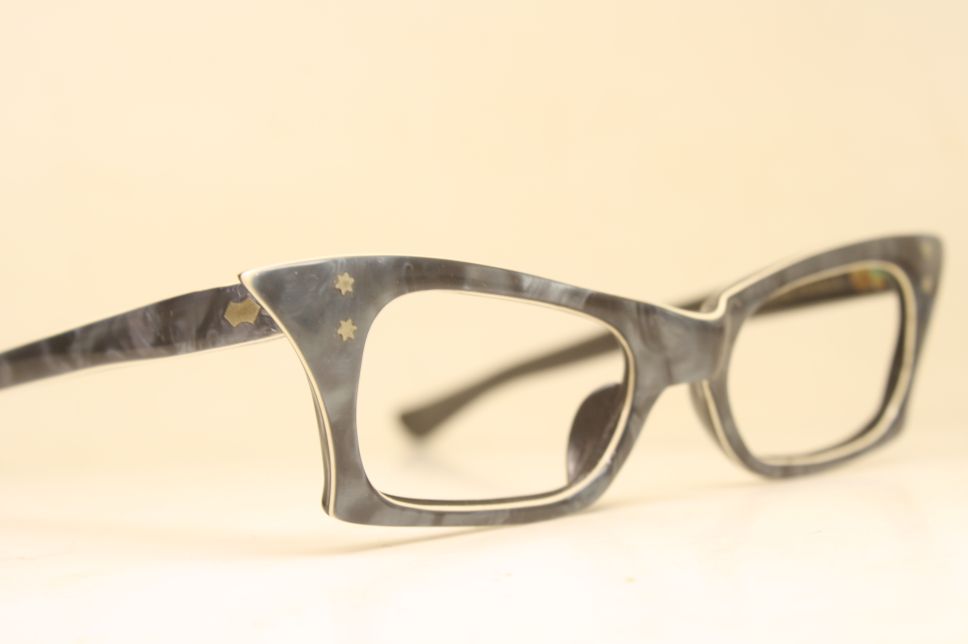 Her designs, though, were met with resistance; many local opticians rejected the designs, before eventually gaining a fan from a New York boutique who wished to take the idea further. Over the next decade, cat eye glasses became a common fashion accessory for females looking to stand out and look their stylish best.

The rise of cat eye glasses

Come the 1940s, then, cat eye eyewear was a common sight around the world. The famous frames were becoming the choice of eyewear for ladies, as the world slowly but surely began to move away from such a conservative view of how females should dress. Over time, though, the name changed; for a period in the 40s, these were known as a Harlequin. Rectangular lenses were used with strong, thick framing but completed with a small but noticeable uplift at the sides.
They would often be accompanied with smart fashionable features, too, such as tiny golden stars and other aesthetic details. This played a further role in changing how the glasses would be seen by the public, and over time they became a popular choice for most ladies who were in need of retro eyeglasses.

As we moved from the 1940s and into 1950s glasses, though, the design trend began to slim down a touch. No longer as clearly exaggerated as they were in the previous generation, they also became more narrow and typically pointed – like an actual feline pair of eyes. This became very popular across the decade, though, as cultural icon Marilyn Monroe took to wearing a set of cat eye sunglasses in her movies. Given she was the height of celebrity culture at the time, it should be of little surprise that many took to her style in a bid to try and copy it for themselves. 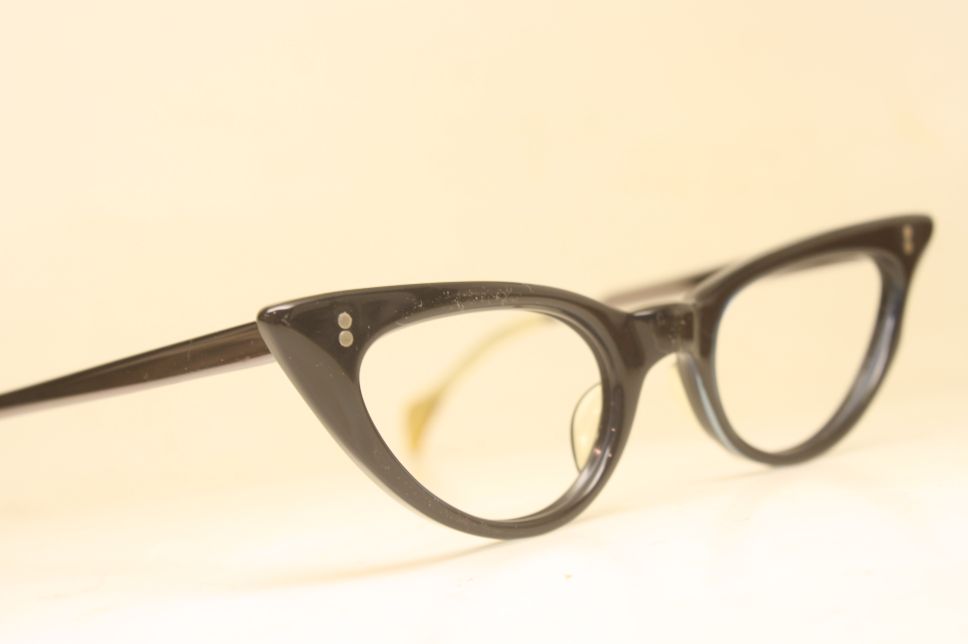 The 1960s, though, was the beginning of a period of time when cat eye sunglasses were practically everywhere. A large part of that stemmed from the fact that Audrey Hepburn took to wearing them in her hit movie Breakfast at Tiffany’s. It changed the perception of the glasses style; now, it was being worn by two of the biggest female cultural icons of any era. It meant that cat eye eyewear soon received mass acceptance, with many who would have never worn such an item taking to wearing them thanks to the huge increase in their popularity and their general availability.

While today cat eye sunglasses have taken a huge boost in popularity, they were all the rage in the 1970s and 1980s, too. While stars like Hepburn and Monroe would fade from the limelight, others kept up the style for a whole lot longer. The 1970s seen the increase in the size, with the oversized glasses becoming a major style point that fitted in with the bombast and the grandeur of fashion across both decades.

The 1980s, too, seen a huge boost in the rise of celebrity culture and the iconic stature that musical masterminds and actors on the big screen could command. This led to a whole range of face-shielding frames becoming all the rage, as celebrities looked to hide themselves more as they headed out into public.
By this point in history, cat eye glasses were very much here to stay; an absolutely essential part of history that was not going to move anywhere. Today, cat eye eyewear is commonly found in just about any high street in the world; if you are looking for fashionable yet classic eyewear, cat eye glasses have been a go-to option for over five decades and counting.